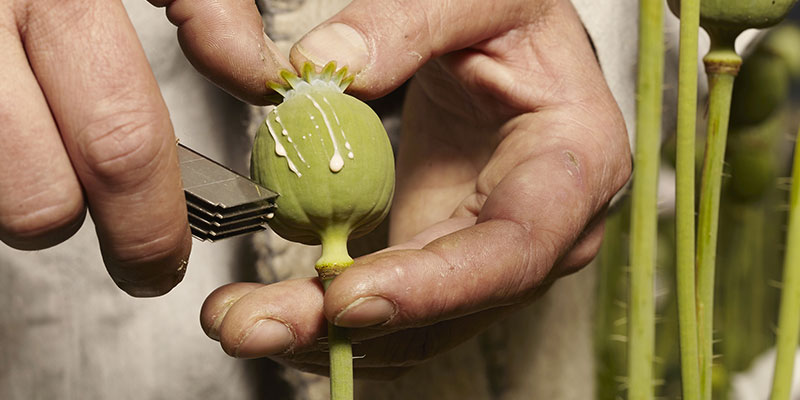 “The amount of land being used to grow opium poppies continues to decline in Myanmar, but ongoing conflicts are hampering efforts to stamp out the trade at a time when the illicit drug economy is becoming increasingly diverse, according to a new United Nations report.

Nearly 90 percent of all the opium was grown in the northeastern Shan state, where government forces continue to battle ethnic rebels.

Myanmar has been battling conflicts in its border regions for decades and the unrest has long underpinned the drugs trade; in the mid-1990s, Golden Triangle, which includes the border areas of Laos and Thailand in addition to Myanmar, had the dubious distinction of being the center of the world’s opium and heroin trade.

Since then, government eradication efforts have helped tackle the problem, but the conflicts continue to provide the kind of conditions that allow the illicit drug trade to thrive.

About 2,605 hectares of cultivation was eradicated in 2018, 26 percent less than the previous year, it said. UNODC data shows eradication has been in decline since 2015.

The agency noted that economic problems, including a lack of job opportunities and income inequality, also contributed to the resilience of the drug trade amid increasing efforts by traffickers and organized criminals to diversify the market.